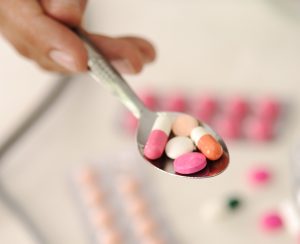 Over the last 20 years, the pharmaceutical companies have promoted cholesterol-lowering statin drugs with such fervor that they’ve become household names: Lipitor, Crestor, Vytorin, Zocor, and others. Sixteen million Americans take Lipitor, the most popular statin drug. Statin sales in the U.S. alone are over $12.5 billion a year.

No doubt, the statins lower cholesterol levels and perhaps do lower the risk of dying from a heart attack – at least in patients who already have had one – but the size of the effect is unimpressive. For instance, in one of the experiments, the CARE trial, the odds of escaping death from a heart attack in five years for a patient with manifest heart disease was 94.3 percent, which improved to 95.4 percent with statin treatment. This difference of 1.1 percent is surely not worth all the hype these medications have received, especially since the potential side effects from these drugs may include congestive heart failure.

The acknowledged side effects of statins include muscle pain and weakness, nerve damage, and a potentially fatal muscle-wasting disorder called rhabdomyolysis. One statin, Baycol, has been withdrawn because it was linked to 31 deaths from rhabdomyolysis. Interference with the production of CoQ10 by statin drugs is the most likely explanation. The heart is a muscle and it cannot work when deprived of the essential nutrient, CoQ10. A deficiency of CoQ10 can lead to nerve damage and congestive heart failure.

Taking statins for one year raised the risk of nerve damage by about 15 percent. Researchers studying Coenzyme Q10 have estimated that as little as a 25 percent reduction in bodily CoQ10 will trigger various disease processes, including high blood pressure, coronary artery disease, cancer, immune dysfunction, and fatigue.

If you decide to take statins, you really should also take CoQ10 daily to offset the depletion caused by taking the statin drugs.

While heart attacks have slightly declined, congestive heart failure (CHF) has more than doubled since Lipitor and other statins were first prescribed in 1987. 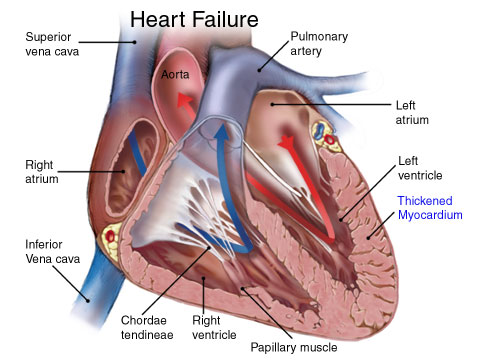 CoQ10 is an enzyme found in all cells of the body. In short, all human cellular functions depend on ATP. ATP function depends on CoQ10. If it is lacking, the body’s most important source of cellular energy is depleted and many medical conditions are aggravated. It is most concentrated in the heart and liver and is also a vital component in the mitochondria, the body’s metabolic factories. It would take one pound of sardines or two-and-a-half pounds of peanuts to provide about 30mg of CoQ10. This is the very minimum recommended daily allowance. In reality, the typical daily intake of CoQ10 from dietary sources is only about 3-5 mg per day, nowhere near the level required to significantly raise blood and tissue levels. Evidence established by Folkers et al., shows that CoQ10 levels were decreased in patients with heart disease. For approximately 12 million people in Japan, Coenzyme Q10 is one of the primary treatments for cardiovascular disease.

Research shows that holding a grudge raises heart rate, blood pressure, and sweat production in nine out of ten people.

“Life is not always a matter of holding good cards, but sometimes, of playing a poor hand well.” –Robert Louis Stevenson

“Pray not for a lighter load, but for stronger shoulders.” –St. Augustine 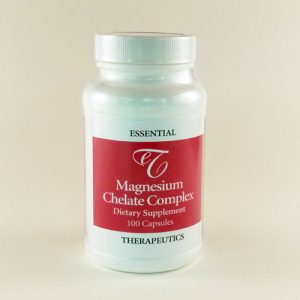 “If you eat a balanced diet, you’ll get all the nutrients you need.” The “health experts” who continue to cling to this Draconian idea must not have read the research studies written on nutrition over the past 20 years. The standard American diet (even if you eat fruits and vegetables every day) is overloaded with toxic, artificial chemicals. And modern processing methods remove 25 – 75 percent of the original nutrients.

An FDA study analyzing 234 foods over two years found that the average American diet contains less than 80 percent of the RDA of one or more of the following: calcium, magnesium, iron, zinc, copper, and manganese. Other studies have demonstrated magnesium deficiency in well over 50 percent of the population. A magnesium deficiency can contribute to arteriolosclerosis, fatigue, tight muscles, leg cramps, insomnia, constipation, cardiac arrhythmia, and heart disease.

Let’s look at what a deficiency in just one common vitamin can mean to your body. Vitamin B6 deficiencies are common in women of childbearing age, as estrogen and progesterone tend to consume B6 during its metabolism in the liver. So how much harm could one deficiency cause?

Well, optimal levels of the neurotransmitter serotonin are dependent on adequate quantities of B6. Some cases of PMS have also been attributed to B6 deficiency. The deficiency results in the loss of cell-mediated immunity and a reduction in the size and weight of the thymus gland, an important part of the immune system. Numbers of lymphocytes decrease, and the body is compromised in its fight against infection and disease.

1. Slash Cancer Odds: Taking 200 micrograms of selenium daily for four and a half years cut cancer rates by 42 percent and cancer deaths in half in a group of 1300 individuals. The incidence of colorectal cancer dropped 64 percent and prostate cancer an amazing 69 percent! -University of Arizona.

5. Stop Strokes: High doses of B vitamins decreased the amount of plaque in carotid (neck) arteries by 10 percent during a four-year study. Blocked carotid arteries can cause strokes. Plaque increased by 50 percent in nonvitamin B takers. Doses: 250mcg B-12, 25mg B-6 and 2500mcg folic acid. Note: 800mcg folic acid is effective for most people, said the researchers. -University of Toronto.

7. Save Vision: Women taking vitamin C supplements cut their risk of cataracts by 77 percent. In patients with early macular degeneration, taking daily doses of 500mg vitamin C, 400 IU of vitamin E, 80mg zinc, 2mg copper and 15mg of beta carotene for 11 years slowed progression to the advanced stage of loss of vision. -Tufts University and the National Institutes of Health

8. Prolong Life: Taking vitamin E and vitamin C (in higher doses than in a multivitamin) cut chances of death from all causes by 42 percent. Vitamin E users were 47 percent less apt to die of heart disease and 59 percent less likely to die of cancer. – National Institute on Aging.
In short, there is no such thing as a superfluous nutrient! I recommend my patients take a good optimal daily allowance multivitamin/mineral formula.

The Many Benefits of Exercise

Walking is the easiest form of exercise to maintain on a consistent basis. Long after the stationary bike, the treadmill, and the Soloflex have been abandoned, walking will still be in vogue. And it requires only commitment and a good pair of shoes! Walking six days a week will burn over two pounds of fat a month, and a faster-paced walk will burn even more calories. Running burns twice as much as moderate walking.

Here is even more good news: your metabolism continues to burn calories, even after you’re through exercising. Your metabolic rate increases 25 percent and remains elevated for several hours after a workout.

Exercise also decreases triglycerides (fats) in your blood and LDL – the bad form of cholesterol, while increasing HDL – the good form. High blood pressure is lowered, and the heart becomes stronger and more efficient, pumping more blood per beat. Exercise increases the diameter of coronary arteries, greatly reducing the risk of heart attack. Exercise can even reduce the risk of a second heart attack. Among heart attack survivors, those who choose not to exercise are over 20 times more likely to have another heart attack than those who exercise.

In addition, exercise is a wonderful stress reducer and mood elevator. It helps relieve mild depression by generating endorphins, the body’s natural pain killers that are associated with the “runner’s high.” Some researchers have said that exercise can raise levels of norepinephrine — a neurotransmitter associated with drive, ambition, energy, and happiness — by 200 percent.

Exercise also stimulates important neurotransmitters that help us combat insomnia, irritability, and fatigue, as well as food, alcohol, and tobacco cravings. Blood glucose and insulin levels are decreased, which is extremely beneficial for carbohydrate-intolerant individuals and type-2 diabetics. (Type-1 diabetics will need to adjust their insulin regimen to account for increased exercise.)

Research shows that five servings a week of tomatoes in any form – fresh, canned, raw or cooked, provides enough lycopene to cut the risk of cancer and heart disease by 50 percent!

Exercise stimulates brown fat, found at the posterior base of the neck and shoulders, to burn more calories.
It also increases human growth hormones, which burn fat and build muscle while stimulating the thymus gland, the master gland of the immune system.

Allergy sufferers can benefit from regular exercise as well, since it raises levels of norepinephrine and cortisol, which help reduce inflammation and allergic reactions. Many of my asthmatic patients notice a drastic reduction in the frequency and severity of their attacks after being on a consistent exercise program that’s medically right for them.

Exercise helps detoxify the body by ridding it of waste products (including carbon monoxide) and enhancing delivery of oxygen and nutrients to the cells. Exercise helps reduce insulin production, too. Too much insulin can cause excess carbohydrates to be stored as fat.