Slow Down and Smell The Roses: We Are Human Beings, Not Human Doings

“The secret of health for both mind and body is not to mourn for the past, worry about the future, or anticipate troubles but to live in the present moment wisely and earnestly.” – Buddha

“Patience serves as a protection against wrongs as clothes do against cold. For if you put on more clothes as the cold increases, it will have no power to hurt you. So in like manner you must grow in patience when you meet with great wrongs, and they will then be powerless to vex your mind.” – Leonardo da Vinci

“Stress is an ignorant state. It believes that everything is an emergancy.” – Natalie Goldberg – Wild Mind

UTIs are more common in women who are sexually active, people with diabetes, and people with sickle-cell disease or anatomical malformations of the urinary tract. Also, women are more prone to UTIs than males, since a woman’s urethra is much shorter and closer to the anus than a man’s. This is why proper hygiene is so important in females. UTIs can be especially dangerous for infants and can cause permanent renal damage.

Symptoms and signs include painful, hesitant, frequent urination and high temperature lasting for more than three days. Nausea and vomiting along with pain and temperature may indicate a more complicated UTI, in which a kidney is infected.

Some urinary tract infections are asymptomatic. Others may have quite dramatic symptoms including confusion and associated falls, which are common for elderly patients with UTIs who show up at the emergency room.

Over 90 percent of UTIs are caused by E. coli. This bacteria is normally found in everyone’s gut, and with the exception of a few rare dangerous forms, it is a healthy part of our normal bowel bacteria. The problem begins when E. coli escapes the bowel and enters the bladder. The bladder is able to remove most infections through the process of urination, but E. coli are quite resilient and able to use projections to help them stick to the bladder wall.

Most uncomplicated UTIs can be easily treated with oral antibiotics such as trimethoprim, cephalosporins, Macrodantin, or a fluoroquinolone (such as ciprofloxacin or levofloxacin). Unfortunately, these antibiotics can contribute to bacterial resistance, yeast overgrowth, and other unwanted health problems. 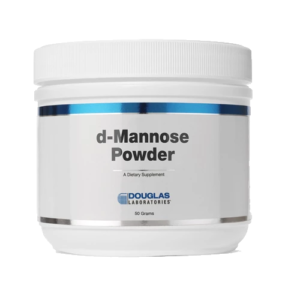 Another option, which I prefer, is to try natural remedies before resorting to antibiotic therapy. If the symptoms don’t clear up within a couple days, then you can always start antibiotic therapy. Natural therapies can also be used while you’re waiting for your test results to confirm a UTI.

Cranberry juice can end a UTI. In addition to acidifying urine, cranberries contain substances that inhibit bacteria from attaching to the bladder lining, and as such, promote the flushing out of bacteria with the urine stream. Dosage is one to two cups of pure cranberry juice (no sugar added) or 2-4 cranberry capsules (standardized to 11-12 percent quinic acid) a day for 1-2 weeks. This may well be all you need to eliminate a UTI.

One of the most effective remedies for chronic UTI’s is D-Mannose. This all natural supplement works similar to cranberry juice but is more effective for hard to treat or chronic cases.. 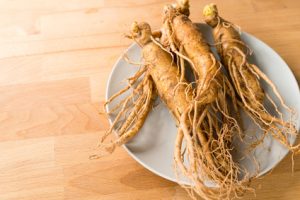 Asthma is a disease of the airways and lungs where airflow both in and out of the lungs is restricted. Its symptoms are shortness of breath, wheezing and coughing. Most asthmatics are symptom free until they have a flare-up. Some asthmatics, however, are never symptom free. Over time, the inflammation in the lungs and damage to the tissues of the lungs becomes more and more pronounced.

Conventional asthma drugs such as inhaled steroids are effective in reducing inflammation but do nothing to heal the tissues of the airways. These drugs also have potentially serious side effects such as cataracts, osteoporosis and decreased immune response.

All of the chronic changes of airways in the ginseng group were significantly improved when compared with the placebo group. When compared with the dexamethasone group, the ginseng group had significantly lower numbers of mast cell count. Mast cells are a type of cell that triggers the inflammatory response of the immune system. The study concluded that ginseng is effective in resolving the established chronic histopathological (disease process) changes of the lungs in asthmatics.

Restless Leg Syndrome (RLS) is a condition that causes uncontrollable twitching in the legs. It can lead to insomnia and other serious problems. It’s a common complaint for patients with fibromyalgia.

Earlier this year, scientists discovered one of the causes of RLS. According to their report, RLS is caused by a common gene variation. This discovery proves the condition is real and needs to be treated as a serious medical condition — not as a mental problem.

Unfortunately, the discovery doesn’t answer all of our questions about RLS. That’s because not all cases, and in fact, most cases of RLS are not genetically based. Most cases result from nutrient deficiencies. In fact, I’ve seen most cases of RLS clear up within a week or two after the patient starts taking the right nutrients.

Research shows that an iron deficiency can cause RLS even if you don’t have iron-deficiency anemia. Iron deficiency in the brain is a well-established factor in RLS patients. Have your doctor run a ferritin blood test. If your levels are less than 50 mcg/L, your RLS could respond to iron supplementation.

Your RLS is most likely also due to a magnesium deficiency. In a number of studies, both oral and intravenous magnesium effectively treated RLS. Magnesium deficiency is common, and difficult to identify. Blood level magnesium tests aren’t accurate. Magnesium is depleted with stress, and RLS is a stressful condition. I give all of my RLS patients magnesium before anything else. It usually solves the problem rather quickly.

I recommend taking 500-800mg of magnesium citrate, glycinate or chelate a day. I always suggest my patients take a good optima daily allowance multivitamin/mineral formula with high magnesium like the Essential Therapeutics Optimal Daily, CFS/Fibro, or Complete Multivitamin/mineral Formula. All contain a minimum of 500mg of magnesium. If after starting one of these multivitamins you still have RLS, add additional magnesium (150mg a day) until you have a loose bowel movement, then simply reduce your dose until your stools are normal once again.