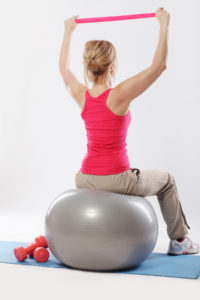 New research from the Beckman Institute at the University of Illinois shows the benefits of physical activity can help to support and strengthen brain functions such as task coordination, working memory, planning, and the ability to multi-task.

After six months of aerobic exercise studies, some found that the brain function had declined, but it may be possible for the brain to continue to grow and redevelop what it had lost. Other studies show that a higher exercise rate equals a lower brain deterioration scan. Cognitive neuroscientist Professor Art Kramer, main author, looked over past research that showed that enough regular exercise to make a person out of breath has improved brain tissue and thought sharpness.

With age, brain matter deteriorates and in people with Alzheimer’s disease, brain cells are killed faster and induce cognitive impairment. Kramer notes that both patients with Alzheimer’s and those without the disease have both recorded benefits.

With even more tests pending, Professor Kramer attests, “We can safely argue that an active lifestyle with moderate amounts of aerobic activity will likely improve cognitive and brain function, and reverse the neural decay frequently observed in older adults.” 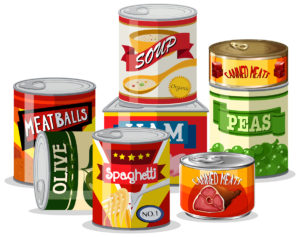 Bisphenol A, also known as BPA, is a chemical used as a plastic hardener that has been under increased scrutiny for potentially causing re-productive abnormalities and leading to increased risks of cancer and diabetes. BPA is a component of epoxy resin and is also the leading chemical found to preserve foods.

Previous reports have shown BPA in products including baby bottles, baby formula, and plastic sippy cups. There is now evidence of the chemical in a variety of canned goods, including some goods which were labeled to contain no BPA.  The Consumers Union, a non-profit organization, tested 19 name-brand foods held in containers made of metal, paper, and plastic. The study found levels of BPA in nearly all canned goods they tested, including organic foods and even those labeled as BPA free. They found what they considered was high levels of BPA in Del Monte green beans, Progresso Vegetable Soup, and Campbell’s Chicken Soup. It is best to play it safe, and eat more fresh fruits and vegetables.

Soda Consumption Linked to an Assortment of Diseases

What do heart disease, stroke, cancer, obesity, tooth decay, osteoporosis, diabetes, and dementia have in common? Would you believe soft drink consumption? Soft drinks contain little or no vitamins, minerals, fiber, protein, or other essential nutrients. These drinks are loaded with simple sugars or sugar substitutes, carbonation, caffeine, and additives, such as artificial coloring, flavoring, and preservatives.
A study conducted by researchers from Brigham and Women’s Hospital in Boston examined the effects of sodium and artificial sweeteners on kidney function among 3,256 women, median age of 67. The researchers found that 372 had a 30 percent or more decline in kidney function. Further analysis of the diet information revealed that the decline was associated with drinking two or more artificially sweetened soft drinks a day. 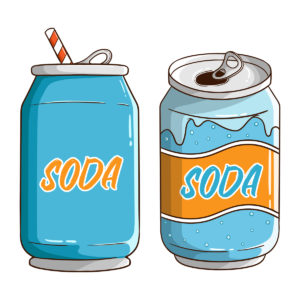 In those who drink one or more soft drinks daily, there was an association of an increased risk of developing the metabolic syndrome.  Metabolic syndrome is a cluster of cardiovascular disease and diabetes risk factors including excess waist circumference, high blood pressure, elevated triglycerides, low levels of high-density lipoprotein (HDL “good” cholesterol), and high fasting glucose levels. The presence of three or more of the factors increases a person’s risk of developing diabetes and cardiovascular disease.

Calories from beverages make up 21 percent of the total daily calories consumed by Americans over two years old, predominantly from soft drinks and fruit drinks with added sugars, according to a 2004 article in the American Journal of Preventive Medicine.

Adolescents Drink an Average of 20 Teaspoons of Sugar a Day 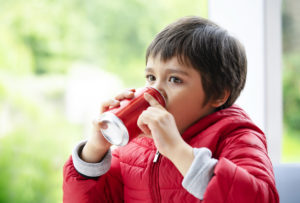 Soft drinks now make up one-third of an adolescent’s daily beverage intake. This depletes bone-building calcium. Ninth and tenth grade girls who drink sodas have three times the risk of bone fractures compared with those who don’t drink carbonated beverages.

Sugar consumption upsets the natural homeostasis of calcium and phosphorus in the blood. Normally, these minerals exist in a precise ratio of ten to four. The excess serum calcium, which comes from the bones and teeth, cannot be fully utilized because phosphorus levels are too low. Calcium is excreted in the urine or stored in abnormal deposits such as kidney stones and gallstones. High-fructose corn syrup, which is the predominate sugar in soft drinks, inhibits copper metabolism. A deficiency in copper leads to bone fragility as well as many other unwanted health conditions.

More on the Dangers of Too Much Fructose

A diet high in fructose increases the risk of developing high blood pressure (hypertension), according to a paper being presented at the American Society of Nephrology’s 42nd Annual Meeting and Scientific Exposition in San Diego, California. The findings suggest that cutting back on processed foods and beverages that contain high-fructose corn syrup (HFCS) may help prevent hypertension.

Researchers examined 4,528 adults 18 years of age or older with no prior history of hypertension. Fructose intake was calculated based on a dietary questionnaire, and foods such as fruit juices, soft drinks, bakery products, and candy were included. Dr. Jalal’s team found that people who ate or drank more than 74 grams per day of fructose (2.5 sugary soft drinks per day) increased their risk of developing hypertension. Specifically, a diet of more than 74 grams per day of fructose led to a 28 percent, 36 percent, and 87 percent higher risk for blood pressure levels of 135/85, 140/90, and 160/100 mmHg, respectively. (A normal blood pressure reading is below 120/80 mmHg.)

Metabolic syndrome is a combination of medical disorders that increase the risk of developing cardiovascular disease and diabetes.

The main five health problems normally associated with metabolic syndrome are abnormal levels of blood pressure, high cholesterol, high triglyceride levels (the chemical form in which fat exists in the body), too much sugar in the blood, and central obesity (excess of fat around the waistline).

In a study published in the American Heart Association journal Circulation, Dr. Franco has identified the most dangerous combination of these conditions to be central obesity, high blood pressure, and high blood sugar. People who have all three of these conditions are twice as likely to have a heart attack and three times more likely to die earlier than the general population.

If you have any of the signs of metabolic syndrome listed above, now is the time to lose weight, begin an easy-to-follow exercise routine of walking 30-45 minutes a day, and reducing or eliminating simple carbohydrates (sugar, processed grains, and sweets) from your diet.

Along with a low salt diet and the action steps above, the Essential Therapeutics Natto (Blood Pressure Support) may help you lower your blood pressure.

Did You Know Helping Others Can Help You Feel Better and Live Longer?

Research indicates that those who consistently help others experience less depression, greater calm, fewer pains, and better health. They may even live longer. Students who performed five acts of kindness a day increased their happiness. Providing emotional support to others significantly decreased the harmful health effects of certain kinds of stress among older people. People who donated money to charity got a boost in a feel-good part of the brain, as revealed in brain imaging research. 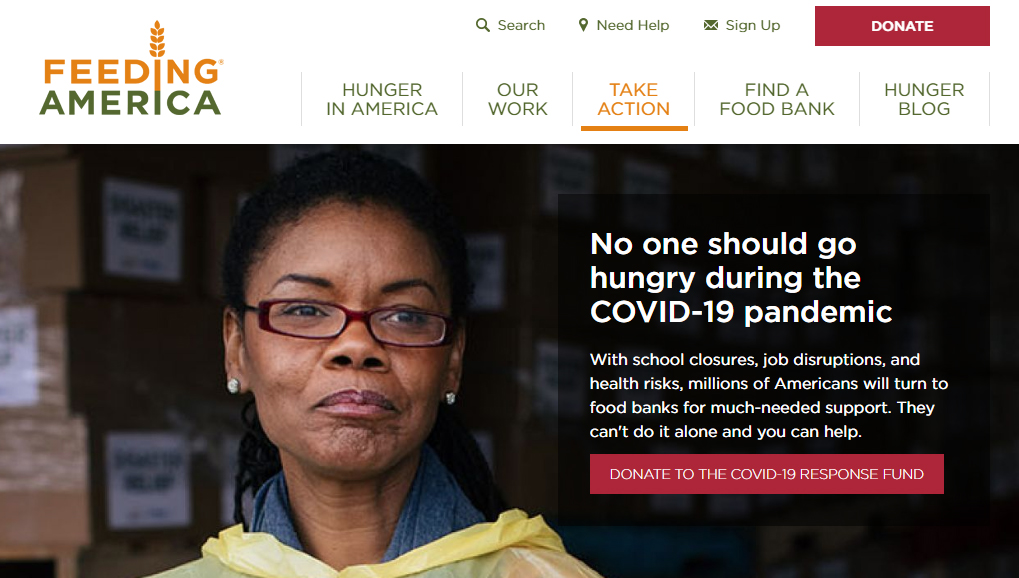 Feeding America is a great organization with local chapters in every state. Here is a group that is dedicated to helping others.  They are the nation’s leading domestic hunger-relief charity. Feeding America’s mission is to feed America’s hungry through a nationwide network of member food banks and engage our country in the fight to end hunger.

Vitamin B12 May Protect the Aging Brain 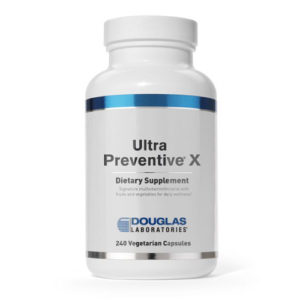 Recent research shows that people with higher vitamin B12 levels are six times less likely to experience brain shrinkage (as compared to those with lower levels of vitamin B12 in their blood).”Low vitamin B12 status should be further investigated as a modifiable cause of brain atrophy and of likely subsequent cognitive impairment in the elderly,” the scientists urge for further research to ascertain whether preventing brain shrinkage may save memory function. My advice – take a good optimal daily allowance multivitamin/mineral formula, one with plenty of vitamin B12.

Here are some I recommend:

A recent study found that eating about an ounce and a half of dark chocolate a day for two weeks reduced levels of stress hormones in the bodies of people feeling highly stressed. Everyone’s favorite treat also partially corrected other stress-related biochemical imbalances.

Studies now show that chocolate may ease emotional stress. Until now, there was little evidence from research in humans on exactly how chocolate might have those stress-busting effects.

In the new study, however, scientists identified reductions in stress hormones and other stress-related biochemical changes in volunteers who rated themselves as highly stressed and ate dark chocolate for two weeks. “The study provides strong evidence that a daily consumption of 40 grams [1.4 ounces] during a period of two weeks is sufficient to modify the metabolism of healthy human volunteers,” scientists say.