Located on the right side of the abdomen, the liver is first to process the nutrients delivered by way of the blood stream. The liver also releases substances to neutralize harmful chemicals, viruses, and bacteria. Unfortunately, in the process of rendering these toxins harmless, free radicals are generated. The liver is the largest organ inside the body. It filters two quarts of blood every minute and secretes a quart of bile each day. It removes about 99 percent of all unwanted toxins and bacteria during this filtration process.

We are constantly being exposed to potentially dangerous toxins through the food we eat, the air we breathe, and the water we drink. An optimally functioning detoxification system is necessary for providing good health and preventing disease.

We are a social experiment in the making. We are subjected to hundreds of potentially toxic chemicals every day. The body disposes of these toxins by neutralizing them or by voiding them in the urine or feces. Our lungs and skin also eliminate toxins through respiration and sweat, respectively.

Free radicals are unstable atoms or molecules that have an unpaired electron in their outer ring. They react by taking an electron from another molecule, which then become unstable. This sets up a destructive cycle. Free radicals may be formed in our bodies or may come from the outside. Internal metabolic activities, including immune and detoxification processes, generate free radical molecules. External sources of free radical production include radiation, alcohol, tobacco, smog, medications, and pesticides. Oxygen is responsible for most of the toxic free radicals. Just like the rust on a car, excessive oxygenation to the body can cause premature aging and dysfunction. Free radicals have been implicated in such conditions as rheumatoid arthritis, Alzheimer’s, Parkinson’s, cancer, and heart disease. 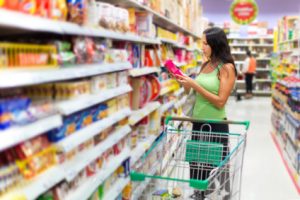 Never in the history of mankind have we been exposed to so many man-made chemicals. We have traded good, wholesome foods for grocery store convenience. I don’t deny the convenience of walking into a store and purchasing next week’s dinner, but to be oblivious to the damaging chemical preservatives in our foods is myopic. Try setting a lump of margarine on your back porch. It’s still there one week later – nothing will touch it! Do the same with any live food, like a fruit or vegetable, and notice it will be consumed in a matter of days.

Artificial dyes and preservatives are used in most of our processed foods. Allergic symptoms associated with these foreign chemicals include hives, asthma, sinusitis, headaches, anxiety, depression, and chronic fatigue. Many of these dyes and preservatives are in both prescription and nonprescription drugs. Asthmatics are often extremely allergic to sulfites. Benzoates, yellow dye [tartrazine], nitrites, sorbic acid, sulfites, aspartame, monosodium glutamate, hydroxytoluene, and butylated hydroxyanisole are the most notorious culprits in causing the above-mentioned illnesses.

Aspartame, commonly known as NutraSweet or Equal, is an artificial sweetener. The body breaks it down into methanol and formaldehyde to metabolize it. Formaldehyde is grouped into the same class of drugs as cyanide and arsenic. Alzheimer’s disease is now being linked to methanol toxicity and Aspartame. When the temperature of Aspartame exceeds 86 degrees Fahrenheit, the wood alcohol in Aspartame is turned into formaldehyde and then into formic acid.

Formic acid is the poison contained in the sting of a fire ant. It has been shown that methanol toxicity causes depression, brain fog, mood changes, insomnia, seizures, and similar symptoms associated with multiple sclerosis. There are over 92 symptoms documented from using aspartame. Systemic Lupus has also been associated with methanol toxicity. The amino acid aspartic acid makes up 40 percent of Aspartame. Aspartic acid is an excitatory amino acid, and oftentimes contribute to children with attention deficit disorder. I always encourage my ADD patients to get off and stay off diet colas. 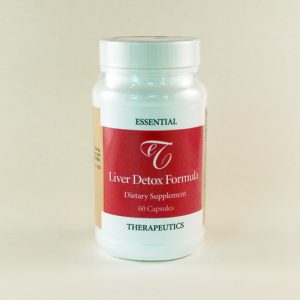 The Silymarin Complex, particularly the Silibinin component of milk thistle, protects the liver from free radical damage. It prevents certain toxins from entering liver cells and stimulates regeneration of damaged liver cells. Medical use of milk thistle can be traced back more than 2000 years. Over 30 years ago, intensive research on the liver-protecting properties in milk thistle began in Germany. Extensive research also may have led to the approval of a standardized milk thistle extract in Germany for the treatment of alcohol-induced liver disease and other acquainted disease of the liver. Milk thistle extract protects liver cells, both directly and indirectly.

It is able to regenerate liver cells that have been injured and to prevent fibrosis or fatty liver. Milk thistle directly aids liver cells by binding to the outside of the cells and blocking the entrance of certain toxins. In addition, toxins that have already penetrated the liver cells are neutralized by milk thistle.

Alpha Lipoic acid (ALA) is a powerful antioxidant compound that helps recycle glutathione. It is unique in that it is fat and water soluble, allowing it to work within both media. It is manufactured by the body in small amounts and needs to be obtained through the diet. Mitochondria are vitamin-like substances that play a vital role in mitochondrial energy production. Mitochondria are the spark plugs of the cells. They are responsible for each cell’s metabolism (energy) and generate 95 percent of the total energy needed by the human body. Alpha Lipoic acid can help prevent and repair damage to liver cells. It is also being studied for its regenerative properties in neurological diseases including Alzheimer’s, multiple sclerosis, Lou Gehrig’s disease, and Parkinson’s disease.

An optimally functioning liver and detoxification system may help reduce some of the symptoms associated with fibromyalgia – it will certainly improve one’s health overall.

Both of these powerful liver detoxification supplements are in the Essential Therapeutics Liver Detox Formula. I recommend my patients use 1-2 capsules a day as a preventative or restoration measure. If you suffer with poor health or you know you’re exposing yourself to potentially harmful chemicals, try taking the liver supporting supplements on a regular basis.

Industrialized nations manufacture over 70,000 different chemicals, most of which haven’t been thoroughly tested?

In the EPA’s ranking of most hazardous waste, five of the top six chemicals are plastic?

I suggest you find out more about the hidden dangers in your foods and household chemicals. There are more chemicals in our homes and foods than were in laboratories a hundred years ago. Not sure which household chemicals are safe? How your shampoo, cosmetics, or toothpaste?

Books like, Toxic Overload: A Doctor’s Plan for Combating the Illnesses Caused by Chemicals in Our Foods, Our Homes, and Our Medicine Cabinets or Toxic Beauty: The Hidden Chemicals in Cosmetics and How They Can Harm Us can help steer you in the right direction.

If You Can’t Pronounce it, Don’t Eat it! 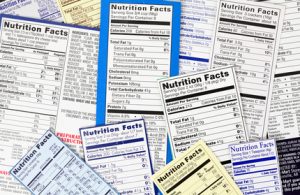 Avoid all foods that contain artificial dyes and preservatives. Try to consume as many whole, live foods as possible. Fruits, vegetables, and whole, unprocessed grains [unless you are gluten sensitive] are the healthiest foods to eat. These foods are loaded with antioxidants, as well as cancer fighting and immune-boosting phytochemicals. They are easy on the digestive system and allow the body to generate more energy to fight diseases and build immunity.

Foods aren’t the only way we are poisoned with toxic chemicals. Many of the products we use on a daily basis in the form of shampoos, conditioners, lotion, soaps, deodorants, and cosmetics are contaminated with toxic chemicals, so read labels. Heavy metals such as aluminum, copper, nickel, and lead are in many of the above-mentioned products. Start shopping at your local health food store or shop online to find more natural household products.

Cleaning up the Mess

And as a preventative you might want to do as I do-take a good liver formula that protects you from the daily toxins we come into contact with. I take the Essential Therapeutics Liver Detox Formula on a daily basis.