A team of scientists from the University of Montreal and Harvard University has discovered that exposure to organophosphate pesticides may be associated with increased risk of in children.

Published in the journal Pediatrics, the investigation found a connection between exposure pesticides and the presence of symptoms of ADHD. The authors conclude that exposure to organophosphate pesticides, at levels common among U.S. children, may contribute to a diagnosis of ADHD. “Our study found that exposure to organophosphates in developing children might have effects on neural systems and could contribute to ADHD behaviors, such as inattention, hyperactivity, and impulsivity.”

Next, the researchers introduced resveratrol. The resveratrol reacted with the toxic arrangements of the Aâ1-42 peptide, neutralizing their toxicity. It did not affect the non-toxic arrangements. Resveratol found in red wine and has now become available in pill form from various vitamin manufacturers.Isoforms are different packing arrangements of a particular peptide. Deformations of a particular peptide — the Aâ1-42 peptide — have been linked to Alzheimer’s disease. Improperly folded peptides have been shown to collect in accumulations called “plaques” within the brain. Those plaques are often found near areas of cell death in diseased brains. In their research, Dr. Tessier and his co-authors generated Aâ peptides packed together in five unique isoforms, or “arrangements” (monomer, soluble oligomer, non-toxic oligomer, fibrillar intermediates and amyloid fibrils). In their experiments, three of these arrangements were toxic to human cells, two were not.According to researcher Rensselaer Professor Peter M. Tessier an organic compound found in red wine — resveratrol — has the ability to neutralize the toxic effects of proteins linked to Alzheimer’s disease. Research published in the Journal of Biological Chemistry shows that “resveratrol has very interesting selectivity to target and neutralize a select set of toxic peptide isoforms.” Because resveratrol picks out the clumps of peptides that are bad and leaves alone the ones that are benign, it helps us to think about the structural differences between the peptide isoforms.” 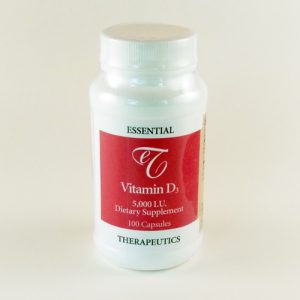 Alzheimer’s disease, the most common form of age-related dementia, affects about 47 percent of adults aged 85 years or older in the United States. Metabolic pathways for vitamin D have been found in the hippocampus and cerebellum areas of the brain involved in planning, processing, and forming new memories. This suggests that vitamin D may be implicated in cognitive processes.

A recent study, which was supported by ARS, the National Institutes of Health, and others, involved more than 1,000 participants receiving home care. The researchers evaluated associations between measured vitamin D blood concentrations and neuropsychological tests. Elders requiring home care have a higher risk of not getting enough vitamin D because of limited sunlight exposure and other factors.

Vitamin D deficiency is common in North America. A simple blood test, 25-hydroxy-vitamin-D can easily pick-up a deficiency. Only 35 percent had sufficient vitamin D blood levels. They had better cognitive performance on the tests than those in the deficient and insufficient categories, particularly on measures of “executive performance,” such as cognitive flexibility, perceptual complexity, and reasoning. The associations persisted after taking into consideration other variables that could also affect cognitive performance. The participants, ages 65 to 99 years, were grouped by their vitamin D status, which was categorized as deficient, insufficient, or sufficient.

The Health Benefits of Coenzyme 10 (CoQ10) 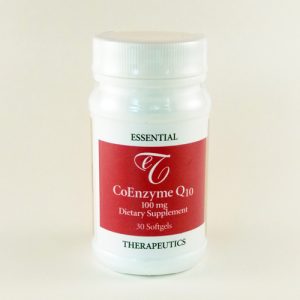 Discovered by researchers at the University of Wisconsin in 1957, Coenzyme -Q10 (CoQ10), also known as ubiquinone, is a powerful antioxidant .Its name comes from the word ubiquitous, which means “found everywhere.” Indeed, CoQ10 is found in every cell in the body. This fat-soluble, vitamin-like, enzyme is more abundant in some cells and organs than in others. It tends to congregate in the organs, which need the most energy, especially the heart, brain and liver. The primary function of CoQ10 is to provide cellular energy. In each cell there are organelles (small organ cells) known as mitochondria. Mitochondria are similar to a car’s cylinders. They allow a chain of chemical reactions to create a spark, which generates 95 percent of the body’s energy. CoQ10 is the spark that helps ignite adenosine triphosphate (ATP), the molecule that serves as the cell’s major energy source. Low, or deficient levels of CoQ10 create lowered cellular and bodily energy. A decrease in bodily energy causes a decrease in various systems of the body including brain function (brain fog, Alzheimer’s, Parkinson’s), nerve transmission (tingling, numbness, pain), muscle function (achy muscles), immune function (depressed number of immune boosting cells), heart and blood vessel function (MVP, irregular heart beat, high blood pressure, arteriosclerosis, congestive heart failure), as well as over all metabolism (weight gain, depression, and fatigue).

Examples of Some of the CoQ10 Research:

Migraine Headaches Several studies have demonstrated effectiveness of coenzyme Q10 in reducing the frequency of migraine headaches. A clinical trial of 31 patients reported a significant reduction in the average number of days with migraine after three months of treatment. Migraine frequency also fell significantly, from 4.85 attacks to 2.81. The administered dose was 150 mg daily. A randomized, double blind, placebo-controlled trial of 42 patients compared coenzymeQ10 at 100 mg three times a day with placebo. Participants were randomized to either placebo or coenzyme Q10 for three months. Coenzyme Q10 significantly decreased migraine attack frequency by at least 50 percent in 47.6 percent of patients, compared with 14.4 percent of patients on placebo.  In addition, coenzyme Q10 seemed to decrease headache days and days with nausea better than placebo.

CoQ10 significantly improves diastolic and systolic pressure in essential hypertension. Studies show that taking 100-225mg of CoQ10 a day reduces blood systolic blood pressure by an average of 15 points and diastolic pressure by 10 points. And more than half of patients receiving 225 mg/day were able to terminate use of from one and three antihypertensive medications.

Mitral valve prolapse is a common condition associated with a heart murmur. It is often asymptomatic but can produce chest pain, arrhythmia, or leakage of the valve, leading to congestive heart disease. One study showed that when children with mitral valve prolapse received CoQ10 (2 mg/kg a day) for 8 weeks, heart function returned to normal in seven of the eight children; none of the placebo-treated patients improved. Relapse was common among those who stopped taking the medication within 12-17 months but rarely occurred in those who took CoQ10 for 19 months or more.

In diabetes, which several of the same characteristics of cardiovascular disease, CoQ10 has proven itself to be a valuable therapy for restoring normal blood sugar levels. CoQ10 has been shown to lower fasting blood glucose levels by 31 percent, while destructive ketone- bodies were reduced by a whopping 51 percent. If you’re struggling with low energy, MVP, HBP, Alzheimer’s, diabetes, heart disease, or headaches, I recommend taking 100-200mg a day of Co10.