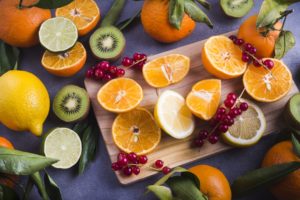 Vitamin C is one of the most important nutrients in the human body. Vitamin C has been linked as a cure for everything from diabetes, to cancer, as well as the common cold. Most species of animals produce their own vitamin C, but humans along with the other primates, guinea pigs, do not.

Vitamin C is the most abundant water-soluble vitamin antioxidant in plasma and tissue, and one of the most important vitamins. Unfortunately, unlike 4,000 other species of mammals who can manufacture vitamin C, humans cannot. And we can only store about a 30-day supply. Therefore, it’s absolutely necessary to get vitamin C from our diet on a daily basis. During times of stress your body requires extra vitamin C.  Low levels of vitamin C can result in impaired immunity leading to an increased risk of infection. And to make matters worse, infections require us to need more vitamin C. This can become a vicious cycle.

Ascorbic acid is required for the maturation of and stimulation of important immune boosting white blood cells including, T lymphocytes, blood cells that help protect the body from infection.

You may be wondering: which foods are high in vitamin C? Many fruits and plants contain high doses of vitamin C, especially citrus fruits. 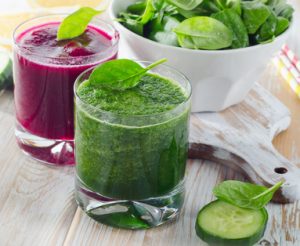 Among the richest sources are:

Vitamin C is important for the creation of collagen, which is found in bones and ligaments, blood vessels and tendons. It is also important in the creation of neurotransmitters or brain chemicals (serotonin, norepinephrine, and dopamine) which control our moods, mental clarity, and pain levels. 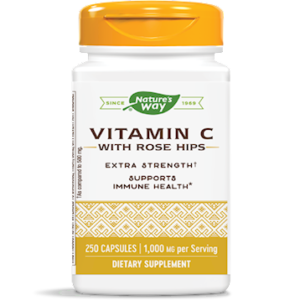 Vitamin C’s greatest advocate was Linus Pauling. Dr. Pauling won a Nobel Peace Price for efforts against nuclear weapon proliferation, and a Nobel Prize in Chemistry. Pauling began research with vitamin C in 1966 and first championed it as a cure for the common cold. Pauling suggested that the correct dosage of vitamin C was 10 to 12 grams a day.

While I wouldn’t want to negate Pauling’s work, after all he is one of the greatest biochemists of any generation, 12 grams is a lot. I recommend my patients experiment with high doses if wish, but as a preventative measure 2-3 grams of vitamin C is probably plenty for most folks.

The Recommended Dietary Allowance (RDA) for vitamin C is currently only 90 mg a day for adults. The RDA is actually the-Recommended Disease Allowance-just enough to keep you from getting Scurvey, but not enough to great optimal health.

Prevention of chronic disease requires higher levels of vitamin C consumption. Since vitamin C is not stored in the blood, it is best to divide the dose and take it multiple times throughout the day.

Diabetes Researchers at the Addenbrooke Hospital in England looked at blood levels of vitamin C in medical records of many individuals. They discovered that those with the highest rate of vitamin C in their blood had a 22 percent lower diabetes rate. 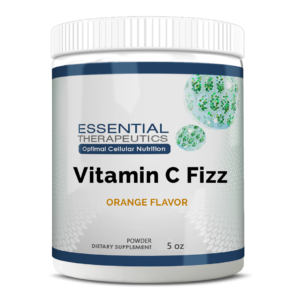 A National Institute of Health study reported that vitamin C was not preventative with cancer, but that research studied oral intake of the vitamin, and the body can process vitamin C only in small amounts. When research is done on vitamin C given by injections, both tumor growth and weight were reduced by 53 percent in 75 percent of the cancers in mice, from ovarian, pancreatic and brain.

The current recommendation from the U.S Department of Agriculture and the National Cancer Institute is five to ten servings of vegetables or fruit per day. Cancers particularly decreased by the intake of vitamin C are those in the mouth, throat, vocal chords, stomach, rectum, colon, esophagus, and lungs. 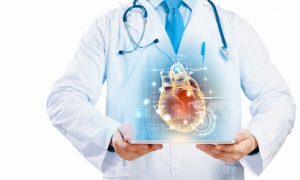 A study showed that cardiovascular diseases were reduced by 42 percent in men who consumed 50 mg a day of vitamin C. These results were lower in women, only 25 percent.

A Japanese study conducted on over 2,000 participants showed a 54 percent lower risk of stroke in those who consumed fruits and vegetables on six or seven days per week. Those who only ate vegetables from 0 to 2 times a week were more at risk for stroke. Another study conducted over a 10-year period on 20,000 adults showed similar results. The risk of stroke on the vegetable eaters was lower by 42 percent.

Cataracts, too, can be prevented with vitamin C intake. A seven-year study concluded that 500 mg a day prevented cataract formation.

Vitamin C can prevent the common cold, as well as heart disease, cataracts, and it can even remove toxic levels of lead from the blood. It fuels immunity, builds neurotransmitters and bones and collagen.

For me it is a no brainer-take vitamin C supplements, which will be included in a good optimal daily allowance multivitamin/mineral formula.

Scientists are reporting new evidence that drinking coffee may help prevent diabetes and that caffeine may be the ingredient largely responsible for this effect. Their findings, among the first animal studies to demonstrate this apparent link, appear in ACS’ bi-weekly Journal of Agricultural and Food Chemistry. 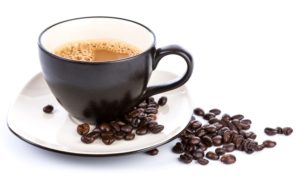 Fumihiko Horio and colleagues note that past studies have suggested that regular coffee drinking may reduce the risk of type 2 diabetes. The disease affects millions in the United States and is on the rise worldwide. However, little of that evidence comes from studies on lab animals used to do research that cannot be done in humans.

The scientists fed either water or coffee to a group of laboratory mice commonly used to study diabetes. Coffee consumption prevented the development of high-blood sugar and also improved insulin sensitivity in the mice, thereby reducing the risk of diabetes. Coffee also caused a cascade of other beneficial changes in the fatty liver and inflammatory adipocytokines related to a reduced diabetes risk. Additional lab studies showed that caffeine may be “one of the most effective anti-diabetic compounds in coffee,” the scientists say.

All our dreams can come true, if we have the courage to pursue them.

The Constitution only guarantees the American people the right to pursue happiness.  You have to catch it yourself.

Is Broccoli A Super Health Food? 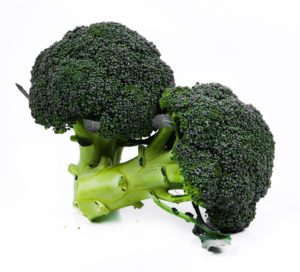 Scientists at the Harvard School of Public Health in Boston published an article showing that broccoli, along with spinach, helped to minimize risk for cataracts.

When another team of Harvard scientists looked at how diet might protect against stroke, broccoli’s benefits again came to the forefront, in research published in the October 6, 1999 issue of the Journal of the American Medical Association.

Ounce for ounce, boiled broccoli has more vitamin C than an orange and as much calcium as a glass of milk, according to the USDA’s nutrient database. One medium spear has three times more fiber than a slice of wheat bran bread. Broccoli is also one of the richest sources of vitamin A in the produce section.

Broccoli and other leafy green vegetables contain powerful phytonutrient antioxidants in the carotenoid family called lutein and zeaxanthin, both of which are concentrated in large quantities in the lens of the eye. When 36,000 men in the Health Professionals Follow-Up Study were monitored, those who ate broccoli more than twice a week had a 23% lower risk of cataracts compared to men who consumed this antioxidant-rich vegetable less than once a month. 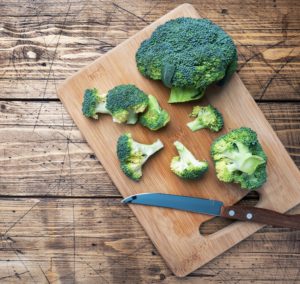 Like other cruciferous vegetables, broccoli contains the phytonutrients sulforaphane and the indoles, which have significant anti-cancer effects. Research on indole-3-carbinol shows this compound helps deactivate a potent estrogen metabolite (4-hydroxyestrone) that promotes tumor growth, especially in estrogen-sensitive breast cells, while at the same time increasing the level of 2-hydroxyestrone, a form of estrogen that can be cancer-protective. Indole-3-carbinol has been shown to suppress not only breast tumor cell growth, but also cancer cell metastasis (the movement of cancerous cells to other parts of the body).

Dr. Paul Talalay, a food chemist at the Johns Hopkins University School of Medicine in Baltimore, Maryland, has gone so far as to name his lab after “Brassica,” the genus that includes broccoli and cauliflower. Talalay and his team at the Brassica Chemoprotection Laboratory have discovered that broccoli is rich in substances called isothiocyanates — chemicals shown to stimulate the body’s production of its own cancer-fighting substances, called “phase two enzymes.” According to Talalay, these enzymes, in turn, neutralize potential cancer-causing substances before they have a chance to damage the DNA of healthy cells.

To test broccoli’s cancer-fighting power, Talalay fed rats hearty servings of the vegetable for a few days and then exposed them to a potent carcinogen known to trigger a form of breast cancer in the animals. Broccoli-munching rats were half as likely to develop tumors as animals on standard chow.
Scientists at Tokyo’s Graduate School of Agriculture have shown that isothiocyanates can block the growth of melanoma skin cancer cells, according to findings published in 1999 in the journal “Nutrition and Cancer.”

Those eating the most cruciferous vegetables were found to have a 29% lower risk of bladder cancer compared to participants eating the least of this family of vegetables.

Researchers from the University of Hawaii have shown that, at the tiny concentration of just 100 micromoles indole-3-carbinol, lowers liver cells’ secretion of the cholesterol transporter, apolipoproteinB-100 by 56%! Apolipoprotein B-100 (apoB) is the main carrier of LDL cholesterol to tissues, and high levels have been linked to plaque formation in the blood vessels.

Not only was apoB-100 secretion cut by more than half, but significant decreases also occurred in the synthesis of lipids (fats), including triglycerides and cholesterol esters. (Maiyoh GK, Huh JE, et al., J Nutr.)