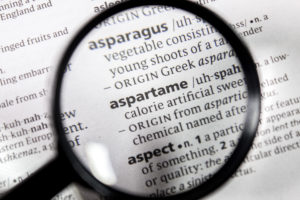 Aspartame was not approved until 1981, and then only in dry foods. For over eight years, the FDA refused to approve it because of the seizures and brain tumors this drug produced in lab animals. The FDA continued to refuse to approve it until President Reagan took office (a friend of Searle) and fired the FDA commissioner who wouldn’t approve it. At that point, Dr. Arthur Hull Hayes was appointed as commissioner. Even then, there was so much opposition to approval that a board of inquiry was set up. The board said, “Do not approve aspartame.” Dr. Hayes OVERRULED his own board of inquiry.

Shortly after Commissioner Arthur Hull Hayes, Jr., approved the use of aspartame in carbonated beverages, he left for a position with G.D. Searle’s public relations firm.

Aspartame’s side effects may take years before they ever show – it appears to cause slow, silent damage in those unfortunate enough to not have immediate reactions and a reason to avoid it. 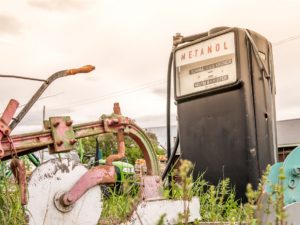 Methanol/wood alcohol is a deadly poison. People may recall that methanol was the poison that has caused some “skid row” alcoholics to end up blind or dead. Methanol is gradually released in the small intestine when the methyl group of aspartame encounters the enzyme chymotrypsin.

Methanol in aspartame is released in the small intestine when the methyl group of aspartame encounters the enzyme chymotrypsin. Free methanol begins to form in liquid aspartame – containing products at temperatures above 86 degrees F and within the human body.

The methanol is then converted to formaldehyde. The formaldehyde converts to formic acid, the same as ant sting poison. Toxic formic acid is used as an activator to strip epoxy and urethane coatings. Imagine what it does to your tissues!

Do You Suffer From Heartburn?

Are Antacids The Answer? 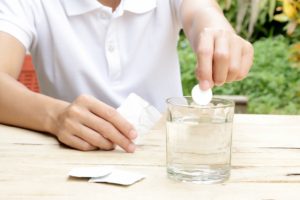 No! These medications block the absorption of nutrients like zinc, folic acid, B12, calcium, and iron. This can lead to fatigue, anemia, and depression. Also, long-term use of these medications can block all stomach acid. But your body needs acid! Here’s why:

• The stomach needs acid to break down proteins for digestion. No protein digestion means no amino acids. No amino acids means no neurotransmitters (serotonin, dopamine, norepinephrine, etc.). This can lead to all sorts of problems including intestinal permeability, anemia, fatigue, increased allergy disorders, depression, anxiety, and bacterial and yeast overgrowth.

• An acidic environment is one of the body’s first lines of defense, destroying viruses, parasites, yeast, and bacteria.

If you’re suffering from heartburn and you have FMS or CFS, low stomach acid is most likely the problem. Try these solutions rather than antacids:

I recommend my patients use a potent 8X (double the strength of most) pancreatic digestive enzyme formula that utilizes USP porcine-derived high-potency pancreatin for reliable and consistent enzyme activity. 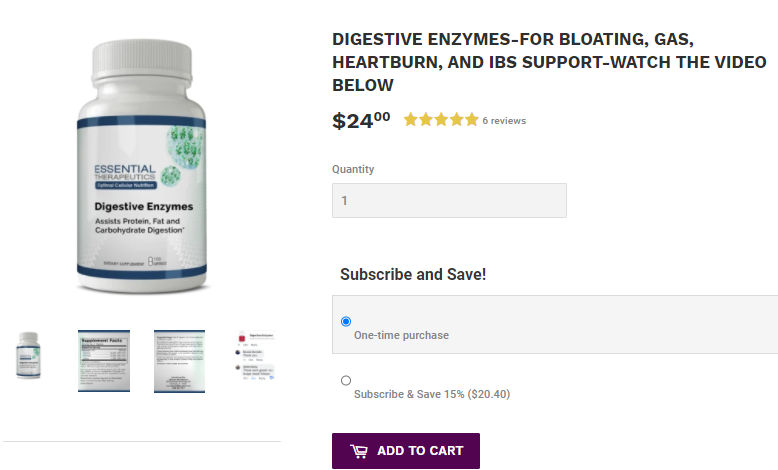 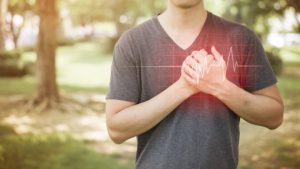 It has been a few years since the ads ran but id you happen to catch Pfizer’s full-page Lipitor ads in numerous papers, including the New York Times and USA Today? The ads featured Dr. Robert Jarvik, inventor of the artificial heart, and read, “In patients with multiple risk factors for heart disease, Lipitor reduces risk of heart attack by 36 percent*.” The noteworthy part of this ad is the asterisk. It leads to a little note that discloses, “That means in a large clinical study, three percent of patients taking a sugar pill or placebo had a heart attack compared to two percent of patients taking Lipitor.”

Not quite as impressive when you put it that way.

Another Jarvik Lipitor ad in the Times proclaims, “In patients with type-2 diabetes, Lipitor reduces the risk of stroke by 48 percent* if you also have at least one other risk factor for heart disease.” The asterisk explanation here reads, “That means in a large clinical study, 2.8 percent of patients taking a sugar pill or placebo had a stroke compared to 1.5 percent of patients taking Lipitor.”

We’re spending $26 billion a year for a 1-2 percent decreased risk for heart attack or stroke? That’s what all the fuss is about? It almost seems like snake oil. Yet some doctors are recommending we put statins in the drinking water. Others are even suggesting that infants with a family history of heart disease take statins as a preventative measure.

And perhaps your doctor, convinced that statin drugs are harmless, routinely prescribes them for anyone with a cholesterol level above 200. He might even cite a number of studies in which statin use has lowered the number of heart attack deaths compared to controls. But if we look a little deeper into these studies, we see that statin medications do not significantly reduce the risk, and some studies have shown no improvement at all. A meta-analysis of 26 controlled cholesterol-lowering trials found an equal number of cardiovascular deaths in the treatment and control groups. And by reducing your cholesterol, statins can actually increase your risk of death overall.

So the question isn’t “Do statin drugs reduce the incidence of certain kinds of deaths for certain kinds of people?” The real question is this: “Do statin drugs reduce deaths?” That would be my definition of life saving. Whether it’s from heart attack or side effects, death is death, friend. And we want to avoid it. Please don’t fall prey to the medical myths and propaganda associated with cholesterol. There are several good books that should help remedy the cholesterol disease monger – please take time to read one of them.

Here is a great link about the dangers of statin medications: www.thincs.org

Olive Oil May Protect the Brain From Alzheimer’s

U.S. researchers have found that the compound in olive oil targets and blocks toxic proteins that damage brain cells and cause memory loss in Alzheimer’s disease patients.

“Binding of ADDLs is thought to be a crucial first step in the initiation of Alzheimer’s disease,” Klein said in a statement. “Oleocanthal alters ADDL structure in a way that deters the protein from binding to synapses that allow the nervous system to connect.”

ADDLs bind within the synapses of the brains in Alzheimer’s patients and are believed to directly disrupt nerve cell function, eventually leading to memory loss, cell death, and global disruption of brain function, researchers said. 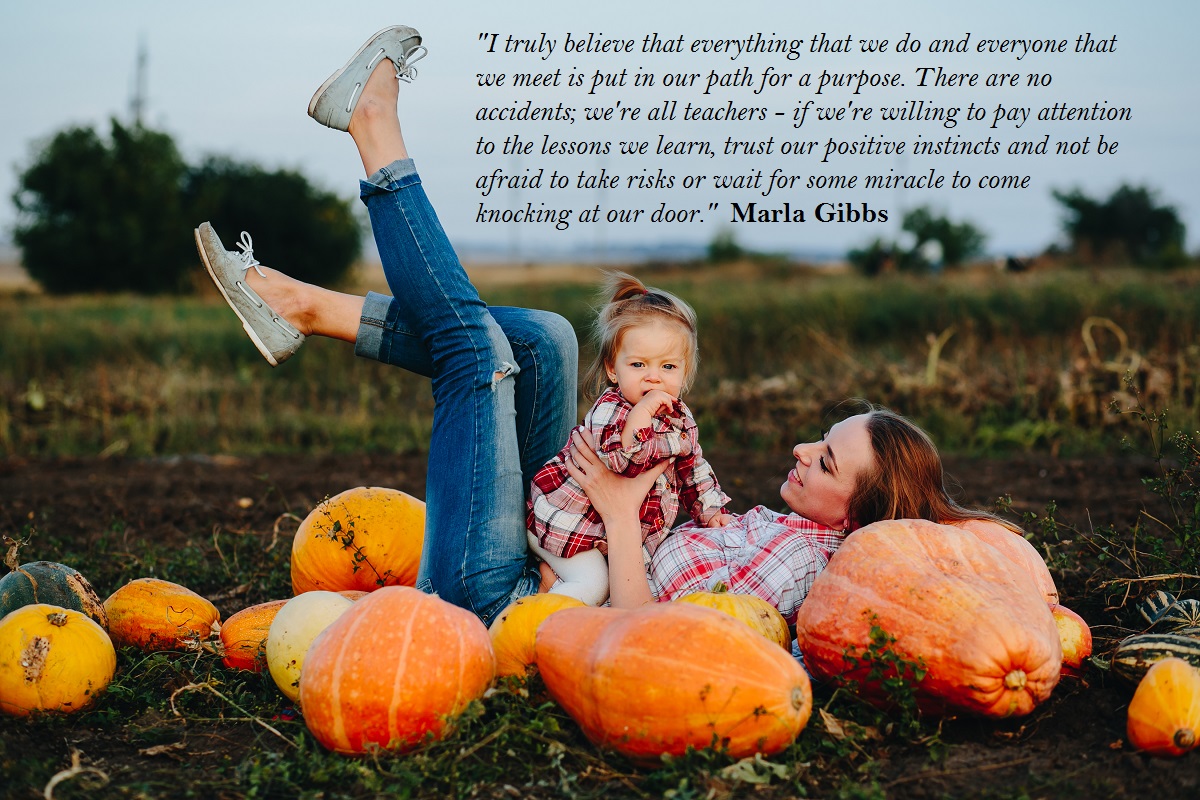