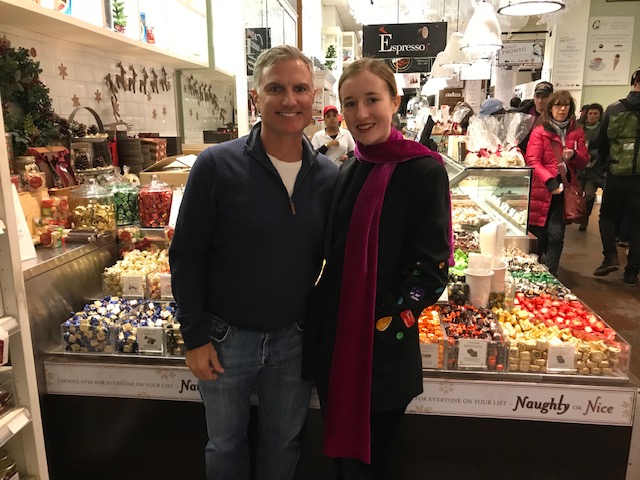 My daughter and I both love to cook. Odd, since my wife DOESN’T cook, and I didn’t start cooking until my daughter was in 9th grade, some 10 years ago. Before that we lived on “healthy take out,” simple stir fry’s, salads, and meat and three’s.

My Mom, bless her heart, couldn’t boil water. However, my Dad was a great “Southern cook.” He could cook just about any down home recipe and get rave reviews.

And interestingly my younger brother was for several years a highly respected sous chef for 3 James Beard Award winning restaurants. So it must have been in our genes.

Ten years ago I learned first hand how a couple of fresh ingredients, fresh cut herbs, could dramatically enliven a dish.

On vacation we found ourselves too tired to run back to the store and settled for “grabbing” a few herbs out of the resort’s community garden.

A grilled chicken breast with salt, white pepper, sage, and fresh rosemary, was a hit (maybe we were desperate for a home cooked meal).

Here is one of my favorites.

Warning: This isn’t the easiest recipe, but after tasting it you’ll hopefully agree its well worth the time.  Plus you’ll get a couple of day’s worth of melt in your mouth leftovers. Braising the chuck roast and beef short ribs in a homemade spicy adobo sauce creates a mouth-watering treat that even your finicky teenager will love. Mine do!

I used (gluten free) corn tortillas but if in the RCD phase of the Metabolic 2Transform Diet you could use over cauliflower rice.

Liberally Salt and pepper the meat, sprinkle with cumin, and paprika and set aside at room temperature.

Homemade adobo sauce (can make a day or two ahead)

Heat a large Dutch oven pan with a little olive oil and the chopped chili’s, stirring occasionally until fragrant-about 4-5 minutes.

Add the ginger, onion and stir until onions and ginger are a bit cooked through-about 2-3 minutes.

Add 6 cups of water and bring to boil.

Drain the liquid (be careful its hot!)

Save the chili, onion, and ginger and add the cumin, salt, pepper, and vinegar.

Add 6 cups of filtered room temperature water to the mix above.

Let the mixture cool off.

Pour the mixture into a blender (put towel under blender for any spills).

Blend the mixture in batches and pour the marinade over meat.

Place in Ziploc bag(s) or Tupperware and refrigerate over night (at least 12 hours).

Place the meat and marinade in a large Dutch oven pan bring to a simmer uncovered over medium heat, stirring occasionally. Cover with a lid then place in the oven for 4 hours or until meat is tender and falling off the bone.

Remove meat from the braising broth and set aside.

Return the broth uncovered to medium high stovetop and let reduce to 8 cups (about 30 minutes).

Shred the meat and remove the bones.

Then return shredded meat back into broth.

Combine two corn tortillas (stacked together one on top of the other) and dip into the broth, cover with sauce then place in lightly oiled pan. Cook until the tortillas are slightly brown.

Fill with meat and drizzle on the sauce, fold in half and sprinkle with fresh cilantro and lime.

Serve tacos with lime wedges, a side of sauce and extra cilantro.

One bite and you’ll agree it’s worth the work. And those leftovers are really hard to beat!

The question of whether SSRI antidepressants, such as Fluoxetine (Prozac), are safe and more effective than sugar pills (placebo) for treating child and adolescent depression (CAD) remains highly contentious, says Amir Raz, at Columbia University and at the New York State Psychiatric Institute, in New York City. Raz says that when it comes to treating child and adolescent depression, “there are few compelling data sets, free of funding from drug companies, concerning the efficacy of antidepressant medications over and above their placebo value.”

“The recent history of SSRIs is replete with inconsistent verdicts about their safety,” he says. For example, despite issuing a “black box” warning label on antidepressants stating that they may increase the risk of suicidal thinking and behavior in depressed children and adolescents, the FDA went on to endorse the safety of these drugs for treating child and adolescent depression.

In addressing possible implications of SSRI use for child and adolescent depression, Raz points to data in mouse studies suggesting that exposure to SSRIs early in life produces abnormal emotional behaviors in adults. “Some exploratory findings suggest that artificial perturbation of serotonin function in early life may alter the normal development of brain systems related to stress, motor development, and motor control.”

Given all of the limitations surrounding the data on SSRIs, Raz urges patients and physicians to “demand stronger evidence for the efficacy of antidepressants for child and adolescent depression.”

If you’d like to find a natural, safe and effective way to treat your child’s depression or your depression then please read my article at the link below-

–> Natural Protocols For Anxiety And Depression 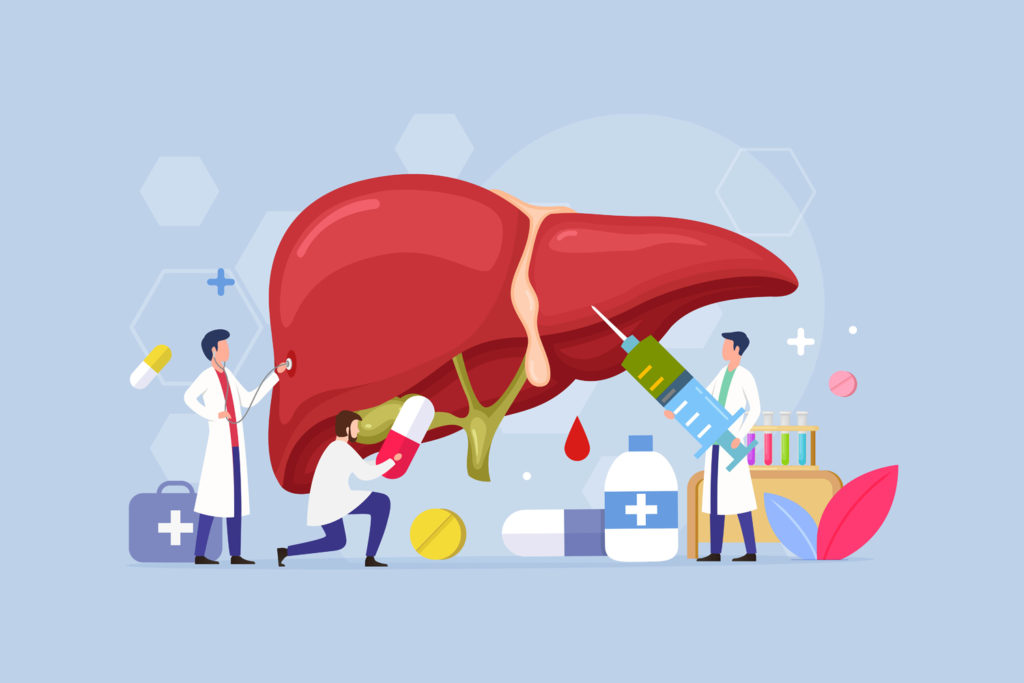 “Acetaminophen poisoning has become the most common cause of acute liver failure in the United States,” report the authors of a study, published in Hepatology. While attempted suicides still account for many cases, almost half are the result of unintentional overdose.

Acetaminophen, also known as Paracetamol, is the most widely used pain reliever in the United States — 36 percent of Americans ingest it at least once a month — but taking more than the recommended dose can lead to fatal liver injury.

If you’re taking acetaminophen (Tyelenol or Excedrin) please take 500mg of NAC a day. NAC can be purchased at any health food store.

“It isn’t what you have or who you are or where you are or what you are doing that makes you happy or unhappy. It is what you think about it.”

Nattokinase is a potent fibrinolytic enzyme extracted and highly purified from a traditional Japanese food called Natto. Natto is a fermented cheese-like food that has been used in Japan for over 1000 years for its popular taste and as a folk remedy for heart and vascular diseases. Doctor Hiroyuki Sumi had long researched thrombolytic enzymes searching for a natural agent that could successfully dissolve thrombus associated with cardiac and cerebral infarction (blood clots associated with heart attacks and stroke). Sumi discovered nattokinase in 1980 while working as a researcher and majoring in physiological chemistry at Chicago University Medical School.

After testing over 173 natural foods as potential thrombolytic agents, Sumi found what he was looking for when Natto was dropped onto artificial thrombus (fibrin) in a Petri dish and allowed it to stand at 37 C (approximately body temperature). The thrombus around the natto dissolved gradually and had completely dissolved within 18 hours. Sumi named the newly discovered enzyme “nattokinase”, which means “enzyme in natto”. Sumi commented that nattokinase showed “a potency matched by no other enzyme.”

Blood clots (or thrombi) form when strands of protein called fibrin accumulate in a blood vessel. In the heart, blood clots cause blockage of blood flow to muscle tissue. If blood flow is blocked, the oxygen supply to that tissue is cut off and it eventually dies. This can result in angina and heart attacks. Clots in chambers of the heart can mobilize to the brain. In the brain, blood clots also block blood and oxygen from reaching necessary areas, which can result in senility and/or stroke.1 Thrombotic diseases typically include cerebral hemorrhage, cerebral infarction, cardiac infarction and angina pectoris, and also include diseases caused by blood vessels with lowered flexibility, including senile dementia and diabetes (caused by pancreatic dysfunction). Hemorrhoids are considered a local thrombotic condition.

The human body produces several types of enzymes for making thrombus (blood clotting material), but only one main enzyme for breaking it down and dissolving it – plasmin. The properties of nattokinase closely resemble plasmin.

According to Dr. Martin Milner, from the Center for Natural Medicine in Portland, Oregon, what makes nattokinase a particularly potent treatment, is that it enhances the body’s natural ability to fight blood clots in several different ways; Because it so closely resembles plasmin, it dissolves fibrin directly. In addition, it also enhances the body’s production of both plasmin and other clot-dissolving agents, including urokinase (endogenous). “In some ways, Milner says, nattokinase is actually superior to conventional clot-dissolving drugs. T-PAs (tissue plasminogen activators) like urokinase (the drug), are only effective when taken intravenously and often fail simply because a stroke or heart attack victim’s arteries have hardened beyond the point where they can be treated by any other clot-dissolving agent. Nattokinase, however, can help prevent that hardening with an oral dose of as little as 100 mg a day.” “In all my years of research as a professor of cardiovascular and pulmonary medicine, natto and nattokinase represents the most exciting new development in the prevention and treatment of cardiovascular related diseases,” Dr. Milner said. “We have finally found a potent natural agent that can thin and dissolve clots effectively, with relative safety and without side effects.” Researchers from Biotechnology Research Laboratories and JCR Pharmaceuticals Co. of Kobe, Japan, tested nattokinase’s ability to dissolve a thrombus in the carotid arteries of rats. Animals treated with nattokinase regained 62 percent of blood flow, whereas those treated with plasmin regained just 15.8 percent of blood flow.

Researchers from JCR Pharmaceuticals, Oklahoma State University, and Miyazaki Medical College tested nattokinase on 12 healthy Japanese volunteers (6 men and 6 women, between the ages of 21 and 55). 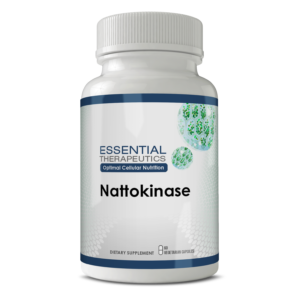 The Benefits of Nattokinase on Blood Pressure