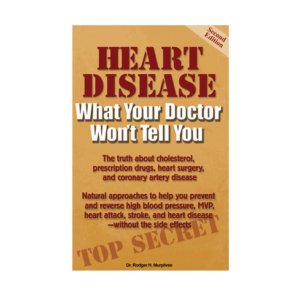 A report in circulation in the journal of the American Heart Association (AHA) highlights the dangers of Crestor, stating that this drug is more likely than similar drugs in the group to increase the risk of muscle deterioration, kidney failure, and kidney disease.

This most recent study indicates that Crestor could be up to six times more likely to cause adverse health effects over a twelve-month period than other drugs within the class. The report suggests that Crestor only be used as a last-resort measure for patients due to its potential dangers.

The maker of Baycol (cerivastatin), a popular cholesterol-lowering statin drug similar to Crestor, was voluntarily pulled off the market after 31 people died from complications from the medicine.

Worst Pills, Best Pills has this to say about Crestor; visit www.worstpills.org and www.citizen.org/pressroom/release

Is It Ever Too Late To Build Muscle?

The good news is that muscle mass can increase at any age in response to exercise. In an important study of weight lifting and older adults conducted with 100 male and female residents of a nursing home in Boston (age range: 72 to 98 years; average age 87), subjects lifted weights with their legs three times a week for 10 weeks.

At the end of the study, there was an increase in thigh mass of 2.7 percent, walking speed increased 12 percent, and leg strength increased a whopping 113 percent! In a similar study of adults 65-79 years old, subjects who lifted weights three times a week for three months increased their walking endurance by 38 percent (from 25 minutes to 34 minutes) without appreciable increases in mass. 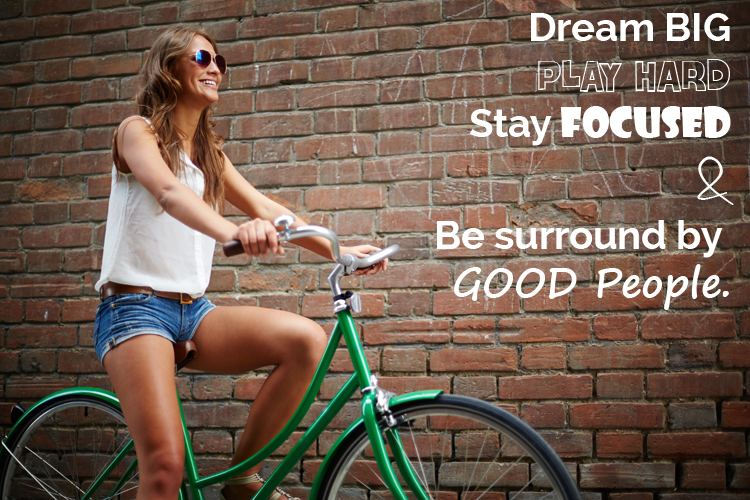 Is the Sugar Substitute Splenda Safe?

A study done at Duke University and published this past week in the Journal of Toxicology and Environmental Health has some interesting news about the sugar substitute known as Splenda (sucralose). Splenda is an artificial sweetener that creates the sugar sucralose from raffinose – a starch derived from sugar beets. The chemical sucralose, which contains chlorine, is marketed as a natural sugar. However, Splenda isn’t natural at all. 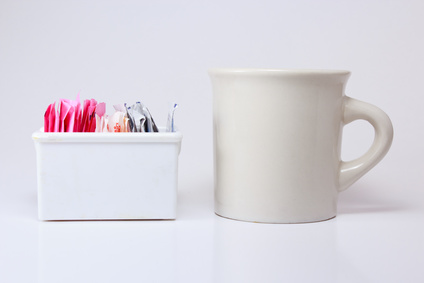 According to the study, the use of Splenda

Aspartame has been associated with a multitude of health risks and has largely lost favor around the world. Consider that the FDA had its concerns and denied approval of aspartame for 16 years before it finally gave in to political/economic pressure. This controversial artificial sweetener was approved through an interesting chain of events. When Ronald Reagan brought Don Rumsfeld, former CEO of the aspartame manufacturer Monsanto, to Washington, a new FDA commissioner was hastily appointed.

The new commissioner approved the artificial sweetener and then went on to become a consultant for NutraSweet’s public relations firm, receiving $1000 a day for the next 10 years!

Aspartame, commonly known as NutraSweet or Equal, is an artificial sweetener. The body breaks it down into methanol and formaldehyde to metabolize it. Formaldehyde is grouped into the same class of drugs as cyanide and arsenic. When the temperature of aspartame exceeds 86 degrees F, the wood alcohol in aspartame is turned into formaldehyde and then into formic acid. Formic acid is the poison contained in the sting of a fire ant. It has been shown that methanol toxicity causes depression, brain fog, mood changes, insomnia, seizures, and similar symptoms associated with multiple sclerosis.

There are over 92 symptoms documented from using aspartame. I recommend avoiding both Splenda and NutraSweet.

Fish oils contain eicosapentaenoic acid (EPA) and docosahexaenoic acid (DHA), both of which are omega-3 oils. Deficiencies in DHA have been linked to cognitive decline, and human cell studies have shown that DHA reduces beta-amyloid secretion. DHA has been documented to increase phosphatidylserine, a naturally occurring component found in every cell membrane of the body. Low levels of DHA are now being linked to increased risk of developing Alzheimer’s. 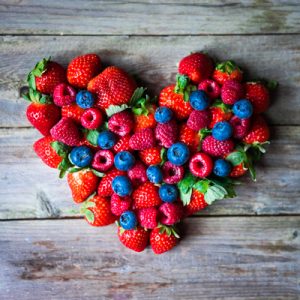 Ginkgo biloba is a powerful antioxidant that also improves brain circulation, reduces inflammation, and helps boost mood and mental clarity. Research has found that Alzheimer’s patients who took Ginkgo biloba experienced a significant improvement in their quality of life.

Consume 5-9 servings of antioxidant rich fruits and vegetables each day – 5 is fine; 9 is divine! 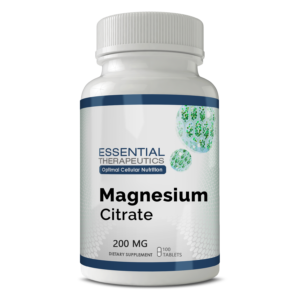 Magnesium is the Anti-Stress Mineral

Bodily magnesium is depleted by a number of things including alcohol, smoking, sweating too much, drug use, hypothyroidism (low production of metabolism), diabetes, sugar, carbohydrates, sodium, or calcium-filled diets, and finally, the main culprit – stress. To get magnesium in your diet, be sure to eat lots of dark green foods, whole grains (check the label), garlic, lemons, avocados, chamomile, and cantaloupe, to name a few. A healthy diet is a great start, but to get the optimal daily allowance of magnesium, I recommend you take a daily multivitamin with 400-500mg of magnesium.

Get Off The Couch And Start Exercising! 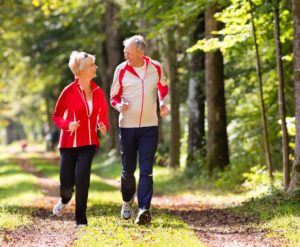 According to epidemiologist and researcher Steven Blair, the gravest public health problem of the 21st Century is Americans’ physical inactivity and it poses the greatest risk of ill health to Americans.

A professor of exercise science and epidemiology at the University of South Carolina’s Arnold School of Public Health, Dr. Blair is recognized as one of the world’s leading experts on exercise and its health benefits.

Blair pointed to research showing that around 25 to 35 percent of American adults are inactive. They work sedentary jobs, engage in no regular physical activity program, are generally inactive around the house and most don’t even do their own yard work. “Given that these individuals are doubling their risk of developing numerous health conditions compared with those who are even moderately active and fit, we’re looking at a major public health problem,” Blair said in a statement to the media.

Research shows that men who are only moderately fit live six years longer than men who are predominately sedentary.

An examination of 14,811 female patients in the same study as above showed that those who were very fit were 55 percent less likely to die from breast cancer than women who were not in good shape.

This huge reduction in breast cancer deaths was calculated after the researchers controlled for BMI, smoking, family history of breast cancer and other possible risk factors. Blair also explained in his APA presentation that recent emerging evidence shows exercise is good for brain health and can delay the mind’s decline.

The American College of Physicians recently announced that a study in Italy has shown that those with type-2 diabetes who eat a Mediterranean diet are less likely to have to go on medication to control high blood sugars. While those with diabetes type 2 who ate a low-fat diet were more likely to go on the drugs used to control blood sugars.

Fruits and vegetables are good sources of antioxidants and the average intake of antioxidants should be nine servings a day. Nuts are high in fat, but low in saturated fat. Examples of these include pecans, almonds, walnuts, and hazelnuts.

Have YOU Read This Feel Good Book?

Ok, it’s a little old but it’s certainly not outdated. Whenever life’s stress begins to take its toll I find renewed peace in Dr. Peale’s words: Any fact facing us is not as important as our attitude toward it, for that determines our success or failure. The way you think about a fact may defeat you before you ever do anything about it. You are overcome by the fact because you think you are. 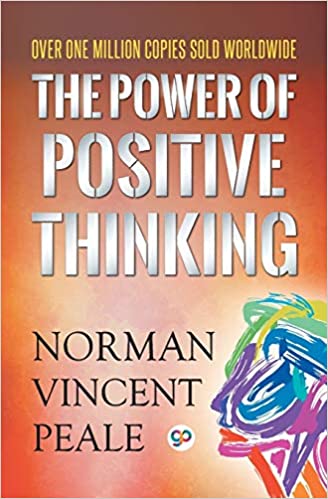 Dr. Norman Vincent Peale gained fame for his sermons on a positive approach to modern living, which were regularly broadcast, first on radio and later on television. The church had 600 members when he arrived to pastor in 1932; it had over 5,000 by the time he retired in 1984.

Peale applied Christianity to everyday problems and is the person who is most responsible for bringing psychology into the professing Church, blending its principles into a message of “positive thinking.” Peale said, “through prayer you … make use of the great factor within yourself, the deep subconscious mind … [which Jesus called] the kingdom of God within you … Positive thinking is just another term for faith.” He also wrote, “Your unconscious mind … [has a] power that turns wishes into realities when the wishes are strong enough.”

His simple, optimistic, and dynamic sermons brought increasing numbers of parishioners and increasing fame to Peale. For 54 years, Peale’s weekly radio program, “The Art of Living,” was broadcast on NBC. His sermons were mailed to 750,000 people a month. Peale also published several best-selling books, including The Art of Living (1937), Confident Living (1948), The Power of Positive Thinking (1952), and This Incredible Century (1991).  His most popular book, The Power of Positive Thinking, has sold more than 20 million copies in 41 languages.