What You Should Know About Prescription Drugs and Heart Disease 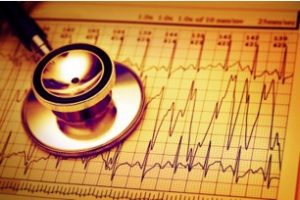 Knowing which drugs are safe and which aren’t can help you reduce your risk of future health problems.

“Calcium channel blockers were put on the market without proper testing,” says Dr. Kurt Ferver, Wake Forest School of Medicine, “and for those who take them there is not only an increase in strokes, but a five-fold increase in the risk of heart attacks.”

Common side effects associated with calcium channel blockers are fatigue, flushing, swelling of the abdomen, ankles or feet, and heartburn. Less common side effects are changes in heart rate — either tachycardia or bradycardia (slow heart rate), shortness of breath, difficulty swallowing, dizziness, numbness in the hands and feet, and gastrointestinal disturbances. Chest pains, jaundice, and fainting are rarely reported. 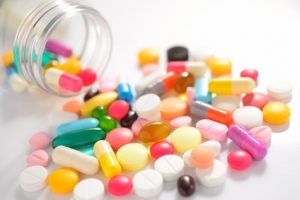 ACE inhibitors are used to treat congestive heart failure (CHF) and hypertension. Potential side effects include a dry cough, gastrointestinal disturbances, numbness or tingling in the hands and feet, joint pain, fever, lightheadedness, and fatigue.

If one advances confidently in the direction of his dreams, and endeavors to live the life which he has imagined, he will meet with a success unexpected in common hours.
— Henry David Thoreau 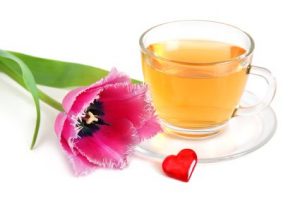 In a study published in the September issue of the American Journal of Epidemiology, Dr. Toru Naganuma of Tohoku University School of Medicine in Senda and colleagues reported that drinking at least five cups of green tea daily was found to slash the risk of blood cancers by 42% and lymph system cancers by 48%.

Yet another study of the Ohsaki data, by scientists at the Tohoku University Graduate School of Medicine, published in the September edition of the American Journal of Clinical Nutrition, found a strong link between drinking green tea and protection against pneumonia in women.

Studies show that one-third of those with hypertension could discontinue their medication by restricting their salt intake to <1800mg a day and losing a modest 10 pounds.

For stubborn cases of high blood pressure, I also recommend taking a Blood Pressure Support Formula with AmealPeptide®. AmealPeptide® is a naturally occurring substance found in fermented milk. Double-blind placebo studies have shown AmealPeptide® lowers hypertension. Over 300 million doses of AmealPeptide® have been sold nationwide. The ingredient acts like an angiotensin drug or an ACE drug, but without the side effects. Additionally, AmealPeptide® inhibits angiotensin I from changing into angiotensin II, which allows the blood vessels to remain unconstricted.

Habitat For Humanity: Helping Others Help Themselves

What is Habitat for Humanity International?

Habitat for Humanity is a nonprofit, ecumenical Christian housing ministry. We seek to eliminate poverty housing and homelessness from the world and to make decent shelter a matter of conscience and action. To accomplish these goals, we invite people of all backgrounds, races, and religions to build houses together in partnership with families in need.

Habitat for Humanity was founded in 1976 by Millard Fuller, along with his wife, Linda. Today, we have built over 300,000 houses around the world, providing more than 1.5 million people in 3,000 communities with safe, decent, affordable shelter.

443 patients with chronic painful neuropathy (nerve pain that radiates to the legs) were treated with 600mg per day of ALA for five years. After discontinuing ALA, 293 patients switched to Neurontin and 100 stopped treatment altogether. Roughly 73% of those who went untreated developed neuropathy after discontinuing ALA. ALA has been found to improve microcirculation in those with diabetic neuropathy. Anyone with diabetes should start a preventative regime that includes ALA.

Cambridge University scientists report that each ounce of vitamin C-laden fruits consumed per day reduces the risk of early death by 10%.

Talk to Your Pharmacists

A study conducted by researchers at Ohio State University found that by discussing medical conditions with a pharmacist, people are typically able to reduce the prescriptions they were taking by 13-60%.